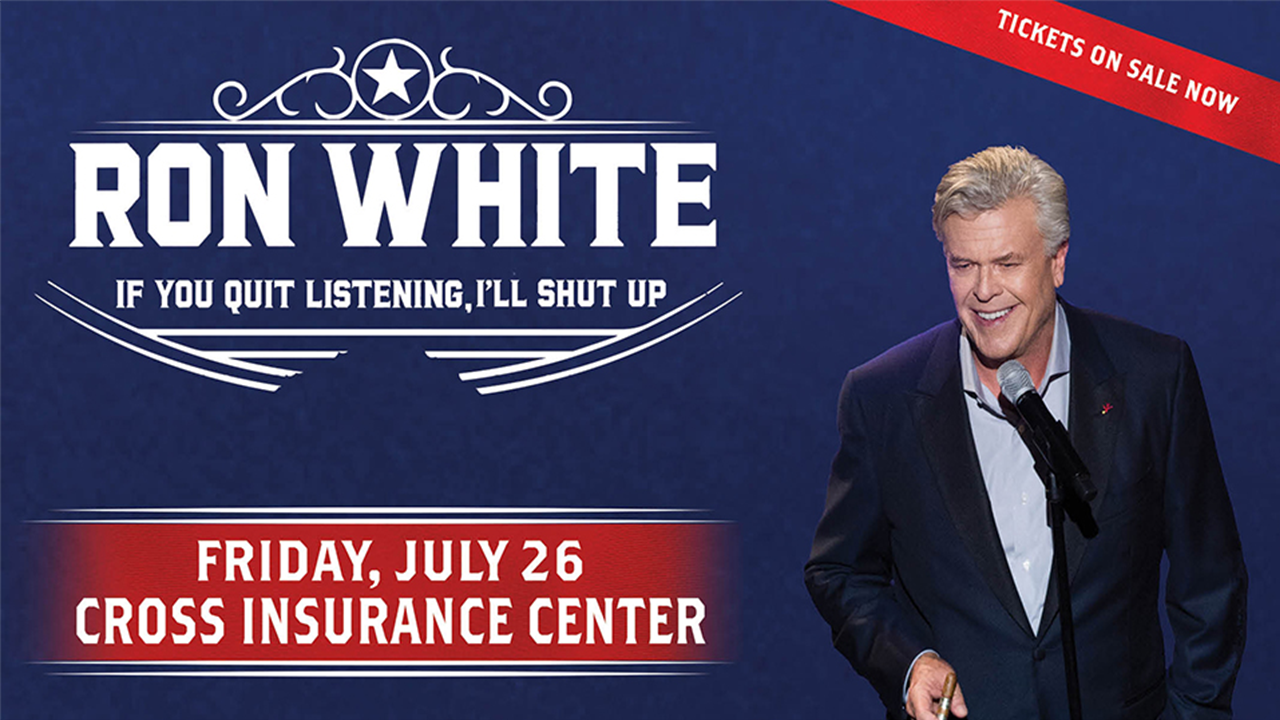 Comedian Ron “Tater Salad” White will make a stop at the Cross Insurance Center on Friday, July 26, 2019. The show coincides with the 170th Bangor State Fair.

Tickets are on sale now at ticketmaster.com and at the Trusted Choice Box Office inside the Cross Insurance Center.

White first rose to fame as the cigar-smoking, scotch-drinking funnyman from the Blue Collar Comedy Tour phenomenon, but now as a chart-topping Grammy-nominated comedian and a feature film actor, Ron White has established himself as a star in his own right.

Ron White began performing comedy in 1986 and was quickly opening for legendary comedians Sam Kinison and Jeff Foxworthy. After eventually becoming a comedy club headliner, in 2000 White was asked to join the Blue Collar Comedy Tour alongside Jeff Foxworthy, Bill Engvall and Larry the Cable Guy.

In November of 2003, White released his breakthrough comedy CD Drunk In Public followed by his first one-hour TV comedy special They Call Me Tater Salad. The special had the highest viewership for a Sunday program in Comedy Central history.

Ron has been a passionate supporter of the US military troops for more than 20 years, donating his time and resources. In 2008, he created an annual charity show Ron White’s Comedy Salute to the Troops. The profit from ticket/DVD sales is donated to the Armed Forces Foundation to assist troops and their families. Many of White’s celebrity friends have participated in these shows: Lewis Black, Dave Attell, Kathleen Madigan, Brian Regan and Rascal Flatts. In 2011, the show was recorded for TV/DVD and was the second highest-watched show on CMT that year. The taping location that year and the next was the historic Grand Ole Opry. In 2013 the show was recorded in Las Vegas and premiered March 2013.


*Additional fees applicable depending on point of ticket purchase