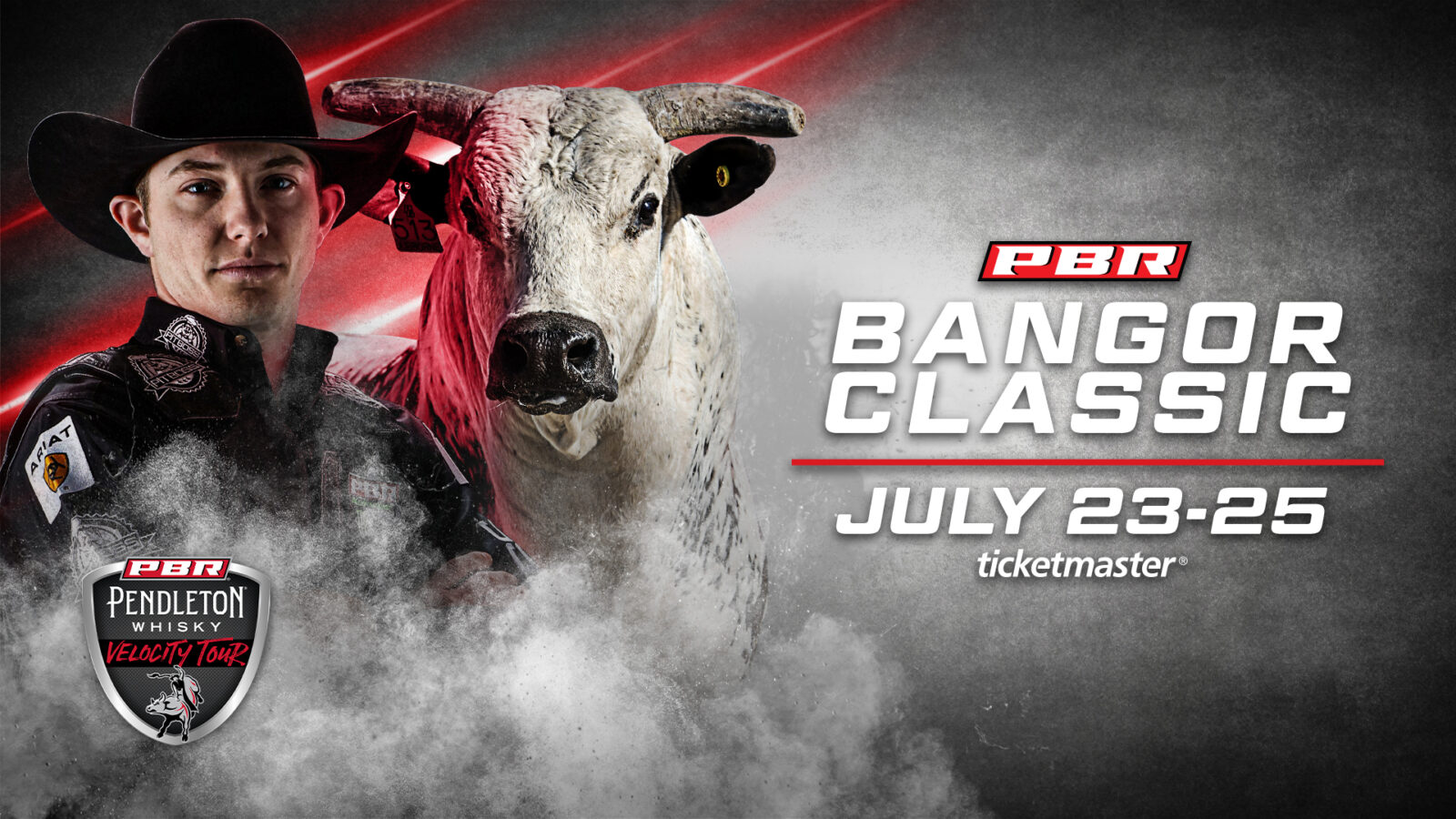 SPECTRA AND THE CROSS INSURANCE CENTER WILL FOLLOW STATE AND LOCAL RESTRICTIONS IN ACCORDANCE WITH THE RECOMMENDED CDC GUIDELINES. 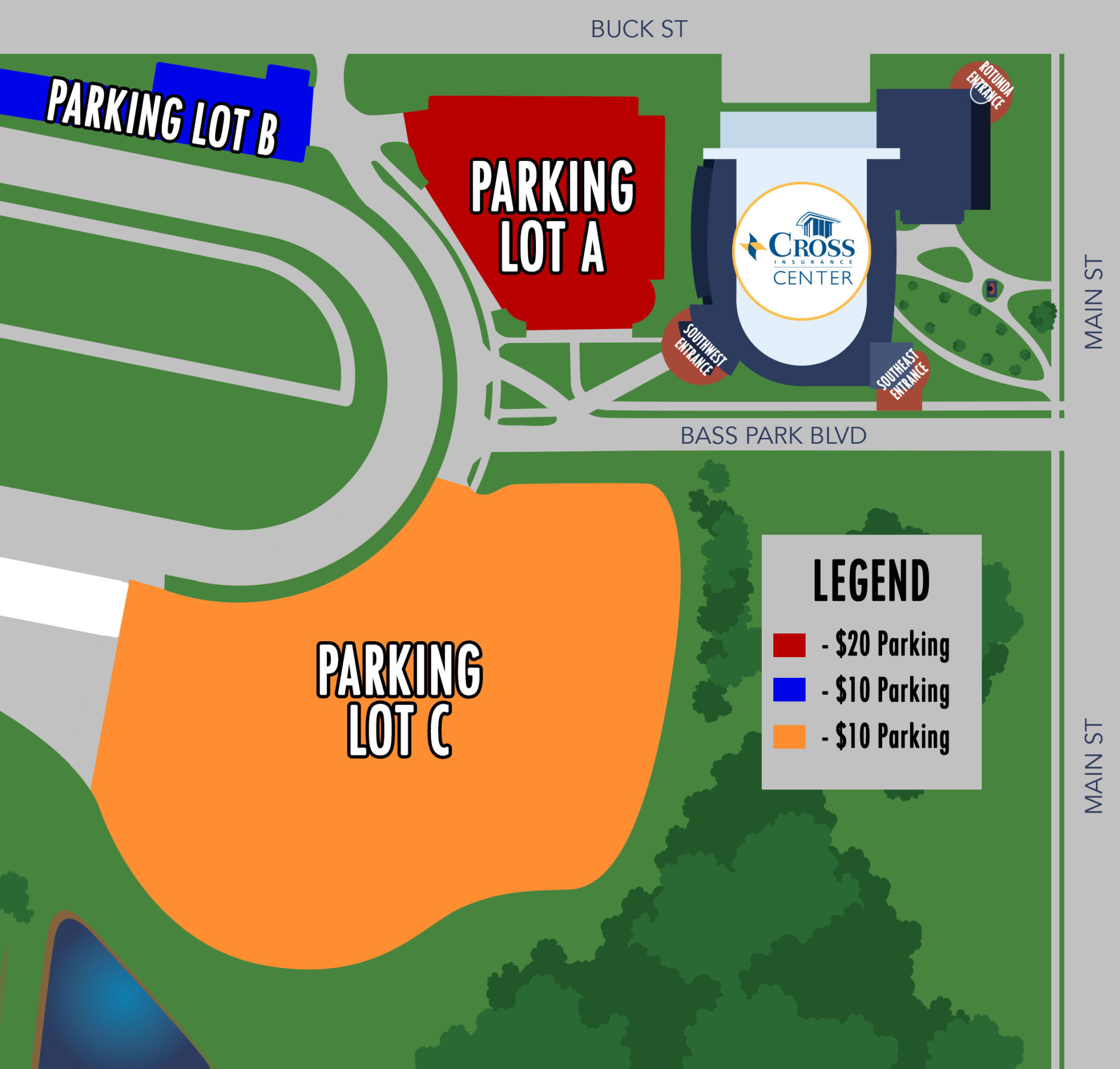 The PBR’s (Professional Bull Riders) Pendleton Whisky Velocity Tour (PWVT) is bucking into Maine, one of the tour’s most popular stops, for a three-night event July 23-25, 2021.

Two and Three Day Passes available with limited availability. Want to enjoy the Professional Bull Riders multiple days at a discounted rate and in the same seats? Look no further and buy one of our Two or Three Day Pass options.

After selling out the Cross Insurance Center multiple times over the last five years, the Bangor Classic returns for the 2021 season as one of the only three-night regular events on the Pendleton Whisky Velocity Tour (PWVT) Schedule.

During the 2020 season, the PWVT event in Bangor March 6-8 was PBR’s final fully fan-attended event before COVID-19 shut down global live sports and entertainment. Fans were treated to a top-notch performance by Stetson Lawrence (Williston, North Dakota) who won the event. Going 2-for-4 the North Dakotan known as “The Firewalker” rode his way back onto the elite Unleash The Beast tour after being cut the week before.

Other champions to be crowned in the shadow of Paul Bunyan include Australian Lawson Nobbs (Moura, Queensland, Australia) and Colten Jesse (Konawa, Oklahoma).

All-important points towards the PBR World Championship and the $1 million bonus are up for grabs as riders seek to reach the 8-second whistle before hitting the dirt in Bangor. The rider with the highest aggregate score over the four rounds of white-knuckle action will be the event champion, taking home bragging rights, the 2021 Bangor Classic buckle and thousands of dollars.

Tickets for the first event back inside Cross Insurance Center since the onset of COVID-19 will be sold at a limited capacity, in cooperation with local and state guidance. Also, as a part of PBR’s industry-leading safety protocols to ensure fan, competitor and staff safety, tickets will be sold in PODs, minimizing fan crossover. PODs are available in groups from 2-8 seats.

As a part of PBR’s leading protocols that have allowed fans to return to venues safely and responsibly since July of 2020, precautions are being taken to fight the spread of COVID-19 such as:

Throughout the 2021 season, PBR will continue to commit to providing a safe environment for fans, athletes, employees and crew by working with its venue partners to implement the industry-leading protocols for live events, while also following health guidance from local and state officials.

For an enhanced PBR experience, fans can now purchase PBR Elite Experiences, which provide a behind-the-chutes look into the toughest sport on dirt.

The 2021 PWVT season is scheduled culminate at the 2021 PWVT Finals in Las Vegas. While in the Entertainment Capital of the World, the 2021 PWVT champion will don the cherished gold buckle and receive an automatic bid to the 2021 PBR World Finals. Former PWVT champions include some of the top riders on Earth today, such as Chase Outlaw (2016), Jose Vitor Leme (2019) and most recently Mason Taylor (2020).

The PBR’s Pendleton Whisky Velocity Tour (PWVT) began in 2014 as the premier expansion tour for the PBR. The Velocity Tour, the sport’s fastest-growing tour, brings the excitement and top-levels of cowboy and bovine talent that fans have come to expect from the sport to cities across the United States. The PWVT is proudly supported by Pendleton Whisky, Lucas Oil, the United States Border Patrol, Boot Barn, Cooper Tires, USCCA, Union Home Mortgage, Kubota and the South Point Hotel and Casino. Every Velocity Tour event is carried by RidePass, the PBR’s flagship digital network.

PBR is the world’s premier bull riding organization. More than 700 bull riders compete in more than 200 events annually across the televised PBR Unleash the Beast Tour (UTB), which features the Top 30 bull riders in the world; the PBR Pendleton Whisky Velocity Tour (PWVT); the PBR Touring Pro Division (TPD); and the PBR’s international circuits in Australia, Brazil, Canada and Mexico. PBR’s digital assets include RidePass, which is home to Western sports. PBR is a subsidiary of IMG, a global leader in sports, fashion, events and media. For more information, visit PBR.com, or follow on Facebook at Facebook.com/PBR, Twitter at Twitter.com/PBR, and YouTube at YouTube.com/P